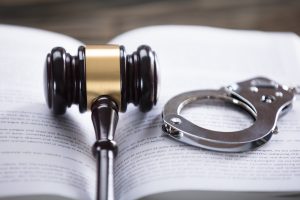 Article 4a of the in absentia EAW Framework Decision contains an optional ground for refusal to execute a European Arrest Warrant concerning a judgment rendered following a trial at which the requested person did not attend in person (judgment in absentia). The objectives of Article 4a are to be attained by harmonising the laws of the Member States regarding refusal to execute EAW’s concerning judgments in absentia.

The InAbsentiEAW research project aims at identifying and solving problems which arise in the application of Article 4a of the European Arrest Warrant Framework Decision in practice and which detract from attaining a fair and smooth execution of in absentia EAWs.

Problems with Article 4a on in absentia trials

In many cases the application of Article 4a has led in the past – and still leads at present – to numerous practical and legal problems. The main problems are that the issuing authorities:

Clearly, such problems prevent the in absentia EAW Framework Decision from realising not only its objectives of facilitating judicial cooperation in criminal matters and improving mutual recognition of judicial decisions, but also its objective of enhancing procedural rights and can even lead to impunity of the requested person. Moreover, such problems can have a negative effect on the high level of mutual trust that should exist between the (judicial authorities of the) Member States. For instance, cases in which the issuing authorities provide incorrect information can affect the confidence of the executing judicial authorities in the correct application of Union legislation by the issuing judicial authorities. Also, asking for information when there is no need for this information can affect this confidence. Improving mutual recognition, which is one of the objectives of the in absentia EAW Framework Decision, is dependent on mutual trust between the (judicial authorities) of the Member States.

The above-mentioned problems may be caused by:

Research has shown that difficulties in applying Article 4a arise in a substantial number of all in absentia EAWs, which leads to complications for both on the side of the executing and of the issuing authority.

The complications could be a result of:

There is clearly a need to establish which of these factors causes the complications and to develop common standards and practices to prevent the complications from arising, against the background of the right to a fair trial.

The project should attain the following: